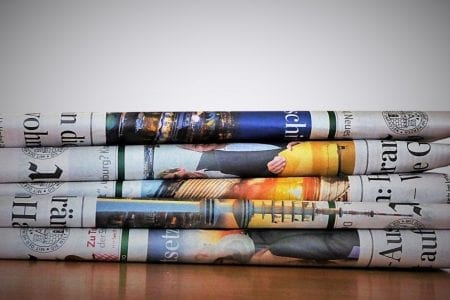 As a family law solicitor, I welcome transparency around the law, including the reporting of family law cases. But I also think journalists have a responsibility to understand the real issues, not just go for the attention-grabbing headlines. Several high-profile cases recently have brought this to the fore.

Whilst on holiday, I had plenty of time of follow the outrage from many quarters, for many different reasons, following The Times headline “Christian child forced into Muslim foster care”. Although I’m a family law solicitor I do not undertake any public children work so care proceedings are not part of my practice but as a family lawyer it was equally fascinating and horrifying to see how this set of children proceedings were reported in the respectable press.

Several initiatives have been in place for some time to demystify the workings of “secret” family courts and some tremendous work is being done by organisation such as The Transparency Project to promote understanding of family law process and decisions.

I was at the Royal Courts of Justice back in 2008 on the first day reporters could attend family cases and there was the expected flurry of interest. My case was a difficult and very long running dispute where a mother had stopped a child from seeing their father, firstly, based on claims of inadequate care, then escalating to claims of substance abuse, domestic violence, rape, sexually inappropriate behaviour with the child before concluding with sexual abuse of a step-child.

Sadly, this is a fairly typical pattern of what tends to happen in parental alienation cases where more and more obstacles are put in the way of the child having a relationship with their father. The judge took pains to explain what was happening to journalists who scribbled furiously but, rather bizarrely in my view, did not come back after the Court adjourned for lunch.

A day or so later, purely by chance, I read an article on family courts in a well-known broadsheet and saw what, although anonymised, was clearly a report on my case. It quite simply expressed outrage that the family courts of England and Wales were forcing children to spend time in the care of wife beaters and child abusers. Now, the cynical could say that the journalist in question had quite enough salacious copy by lunchtime to not bother returning but part of me wondered whether our adversarial system was the root of the problem. The journalist stayed through the presentation of the mother’s case as applicant. Had he or she sat through the response from the father, the reporting might have been quite different.

Our family law legal system works by both parents presenting their case, the evidence being tested and the judge making a decision. If you miss out on any part of this, I do not see how you can understand what has happened in a case and why. My concern is that much of the reporting does seem to dip a toe in and I say that as a lawyer who can probably give a reasonable guess some of the time but know that it could be far from the mark. Ultimately, in this case, a very thorough judge held a 10-day hearing to determine once and for all the truth of the allegations against the father. He was completely exonerated. In fact, several findings were made against the mother and the judge gave father a very detailed note of his judgement to hand to any court or other agency were mother to interfere with his care of the child again. The alarmist reporting could not have been more wrong. I just hope the father in question never saw that article.

I found your tone so professional, informative and kind – just what I need right now.