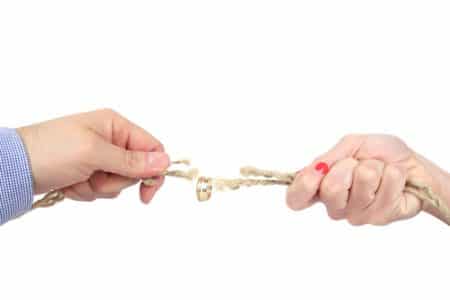 As divorce lawyers, we are often asked how to get an annulment to a marriage, and, like many areas of family law, there are often a great number of urban myths to dispel before addressing the original question.

It has recently been widely reported that Pope Francis has reformed the annulment process. Whilst this is true for a religious annulment, it is not true for the annulments which we seek in the Family Court.

An annulment is a way of ending a marriage, as is a divorce. It can however only be obtained in a few cases and it is expensive and often much more difficult to establish relatively limited grounds. Some clients may want an annulment if they have religious reasons for not wanting to divorce, but they will need to show that the marriage was either not valid in the first place, or is defective for one of the following reasons:

If a marriage was void, the law says that it never existed. However, it is necessary to get an annulment and the legal paperwork to prove this if they want to get married again.

Alternatively, (and more commonly), the marriage is annulled as being defective and will be considered a ‘voidable’ marriage and can be annulled if:

Marriages annulled for these reasons are known as ‘voidable’ marriages.

The legal annulment is not the same as a religious annulment. Under the revised Catholic church guidelines, to achieve an annulment a couple will only need a church tribunal decision and not an additional confirming decision. Straightforward cases will now have annulment granted by a local bishop.

The grounds on which a religious annulment could be sought include an extramarital relationship at the time of the marriage, abortion and one of the parties lacking religious faith. Critically for many, the changes mean Catholics who wish to remarry will be able to have their second marriage recognised by the church.

Unlike divorce, in which a marriage is dissolved, an annulment is based on the church recognising the marriage was never properly entered into in the first place.

The important thing to note is that if you want to sever the legal ties created by marriage, or plan to remarry you must obtain either a divorce or a legal annulment. A religious annulment has no legal status in English law.

If you want advice on a legal dissolution of a marriage, please feel free to contact one of the experienced Woolley & Co Solicitors. If you are seeking advice on a religious annulment, you will need to speak to a Bishop or another church representative.

I would like to thank you for your professional assistance during a challenging period.

Tamara is a divorce and family law solicitor with Woolley & Co based in St Neots, Cambridgeshire.