Home » Blogs » Why you should take advice, for the sake of your children

Why you should take advice, for the sake of your children 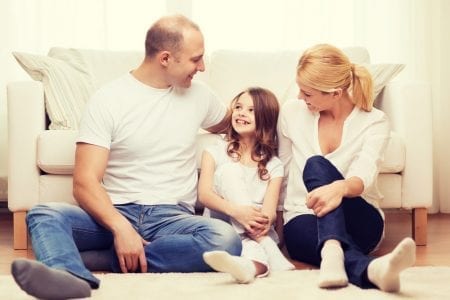 When people are asked what matters to them, the majority say, again and again, their family, and their children most of all. And yet in the face of a failed marriage it is often that most precious child or children that pay the price of the parents feeling that the situation is unfair.

A good divorce, if we look at it from the child’s point of view, means sufficient money for both parents so that the child life doesn’t change drastically. It means a new home for both parents so they can spend time with each of them and it means multiple changes (new house, school, step-family members) are avoided. Perhaps most importantly it means a minimum amount of conflict between the parents.

And, therein lies the problem. Most families today require both parents to work to afford one home and the seemingly endless electronic items that now furnish our lives and homes. There is rarely enough money for two homes, especially close to where the children go to school.

The law and your children

The law states the child’s needs must be given priority. In reality this means one parent gets the home or enough for a home “for the children.” The result is often that there are insufficient funds for the other parent to rehouse nearby. And that creates conflict.

Unless both parties take time to understand, and to accept, the way the law works the matter will often end up in court. This is even more likely where one party or another is self-represented, that is one who has elected not to take the advice of a family lawyer.

If the courts become involved the likely result is one parent stays in the family home whilst the other has to live elsewhere, pay child support for the children, and is not able to spend as much time with the children as they would wish. The parent with care is left having to do the job of two adults, in maintaining the home for the children, cooking, often working more hours to make ends meet, do the school runs and trying to take on the role of two parents in taking the kids to clubs etc.

You could say no one wins.

The result is sad enough for the parents but more so for the children who often question are they to blame for one parent not seeing as much of them because they live further away and the other parent having no time for them as they struggle to keep everything going.

Self-represented litigants now feature in up to half of all cases in the court system. They do not, in most cases understand the way the courts apply the law. The result is more litigation, more anxiety for the participants and eventual unhappy outcomes with the consequent effect on the parents not being able to work together and co-parent. Again the children are the casualties.

A couple of hours with a lawyer can educate and help a parent understand what their options are and the most likely outcomes with regard to finances and the care of their children, if the courts become involved.

My advice to any person out there contemplating court proceedings or even mediation; if your family and your child or children are what matters most to you, do please get some legal advice and to do so from a Resolution family lawyer. Every lawyer at Woolley & Co is a member of Resolution and Resolution trained. Our aim is to avoid being confrontational and to be as constructive as possible. For £480 you can talk through your situation with me, or another one of the Woolley & Co lawyers, meaning you’ll be better informed and more able to make decisions for the benefit of you, and your children.

I would highly recommend Kimberley Bailey. As a Solicitor myself I would say she is one of the best.