A mealticket for life revisited 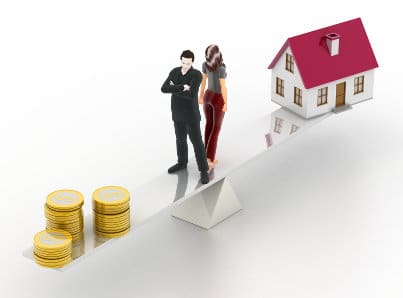 The Supreme Court has now handed down the judgment in the case of Mills v Mills, a case keenly watched by family lawyers as it sets out some further guidance on cases about payment of maintenance from one former spouse to the other.

The Story So Far…

Mr and Mrs Mills divorced in 2002 after a long marriage.  Mrs Mills received the bulk of the equity from the sale of their home, and Mr Mills kept his business. Mr Mills would pay her £1,100 per month spousal maintenance “for life”.  In those days, lifetime maintenance orders were relatively common.

The matter came back to the court in early 2015 when Mr Mills wanted the court to impose a “term” on the order – so that it would end on a particular date, not for the rest of their lives (in keeping with other, more recently determined cases)- and also that the amount he paid until it ended should be reduced.  Mrs Mills countersued for an increase in the monthly sum and for it to stay a lifetime order.

Mr Mills claimed his former wife had mismanaged the money she had received at the time of the divorce.  The judge found that this was partly true but only that she had perhaps made poor choices rather than being “wanton or profligate”.  He assessed her “needs” for maintenance to top up her own part-time income as being £1,441 per month but ordered Mr Mills to continue paying £1,100 per month as per the original order.  The effect of this was that Mr Mills was paying the equivalent of about 60% of his former wife’s rent, but she would have to cut back elsewhere for the rest.  It was clear he could afford this and could have afforded more.  The judge declined to end the payments any earlier than “for life”.

Both parties appealed.  Mrs Mills because she said if the court had decided her needs were £1,441 per month and Mr Mills could afford to pay it, that’s the order that should have been made.  Mr Mills appealed because he said it was wrong to expect him to pay any amount towards Mrs Mills’ rent when she had already had enough capital in the divorce to be housed mortgage free.

The Court of Appeal sided with Mrs Mills and ordered the payments to increase to £1,441 per month.

A “Second Bite of the Cherry?”

The Supreme Court was asked by Mr Mills to consider only whether it was right that he should pay any amount towards housing costs, the same point he had raised with the Court of Appeal.  We will have to wait for the issue of whether an order should be for life, or for a period of years only – to be considered again when the case of Waggott v Waggott comes before the Supreme Court in a few months’ time.

The answer, they found, was that there is very wide discretion for any judge looking at these issues, and (as is often the case!) “it depends on the circumstances of the case”!

The Moral of the Story

This case reminds anyone who is a party to an ongoing maintenance order that it can be changed at any time if the court decides it is fair.  Even if you are asking the court to reduce the payments or the duration of them being paid, the court might decide to make you pay more, or for longer – or indeed, the other way around.  It is vital to get legal advice as soon as possible before embarking on trying to get a maintenance order changed.