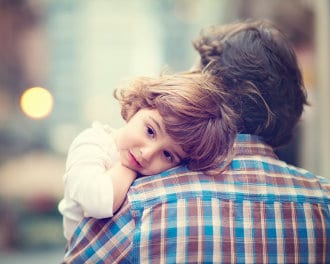 Divorcing couples with children often find reaching an agreement about the care of their children after divorce or separation pretty difficult. Those who cannot reach an agreement amicably find themselves asking the family court to decide. Either party can make an application for what is known as a child arrangements order, which will set out details of the days and times that a child will spend with each parent.

But what happens if one party refuses to abide by the terms of the order and denies the other party access to the children?

What people don’t always realise is that this warning applies in every case, whether the order is made following mutual agreement or as a result of a court decision having heard evidence.

The warning notice is usually in bold at the end of the order. It says that where a child arrangements order (previously known as a contact or residence order) is in place if a person does not comply with the order they may be in contempt of court and committed to prison, fined, made to undertake unpaid work or ordered to pay financial compensation.

Breach of a child arrangement order

If you feel that a former partner has not complied with the terms of a child arrangements order you can make an application to court for an enforcement order. The first thing a court has to do is consider whether the facts about the alleged breach of the order are agreed or not and if not, whether it is necessary for there to be a hearing to determine those facts. The judge can also consider any reasons given for non-compliance and whether Cafcass (Children and Family Court Advisory and Support Service) need to have involvement in the case.

How to enforce a Child Arrangements Order

When an application is made to the court to enforce a Child Arrangements Order the case is listed for an initial hearing when the court will, amongst other things consider the reasons for non-compliance, whether CAFCASS need to be involved, whilst of course considering the welfare and best interests of the children involved.

Having considered all these factors the Court will decide whether there has been a breach of the Child Arrangements Order, without reasonable excuse. At this point the Court has a number of options it can use. The Court could for example refer the parents to a Separated Parents Information Programme, explained in this blog (Why a parenting course may be just what separating parents need), or for mediation. The Court may decide that a variation of the order is appropriate, this might include reconsidering contact or even living arrangements for the child. The Court has the option to issue a contact enforcement order, impose fines or in extreme circumstances impose a prison sentence.

Changing arrangements for the care of your children

There are many reasons why arrangements under a child arrangements order might breakdown or the order no longer works. But a parent cannot take the law into their own hands and decide to breach the order. As a family law solicitor my advice is to apply to vary the terms of the order, rather than denying access or breaching the order and potentially allow the other party to apply for enforcement proceedings. It is better to go to the court and say “there is a problem, please can you help us resolve it” than to be taken to court because you have failed to comply with an order, which may attract criticism from a Judge and any of the penalties noted below.

Tough line on breaches of orders

Remember if the court finds that there is no “reasonable excuse” for the order not to have been complied with, then the court could:-

The court’s take a more robust approach now than at any time before to the failure of a parent to abide by the terms of an order for child arrangements, so be proactive rather than reactive, get advice and seek to resolve the problem before it gets out of hand.

Thank you and I will recommend you to anyone I know who needs your professional expertise.

Catherine is an experienced divorce and family law solicitor with Woolley & Co, Solicitors, based in Stoke on Trent, Staffordshire.