Marriage and divorce in later life 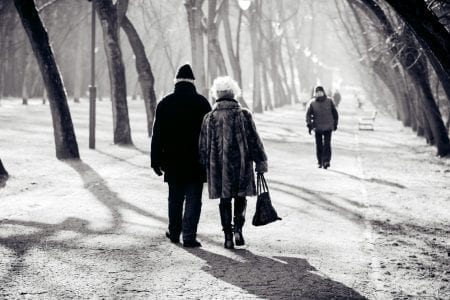 As a family lawyer the work that you do changes with the times. The biggest change I’ve noticed in recent years is that I have seen a significant increase in divorce by more mature clients.

A recent report in The Telegraph which talked about the rise in women over the age of 65 getting married to avoid spending a long retirement alone highlights how much the demographic of relationships is changing.

It was quite sad to read, in the same article, that 34% of marriages end by their 20th anniversary. That said, divorce doesn’t seem to be the end. The marriage rate for the over 65s had increased by over 50% for women and over 40% for men in recent years, according to the Office of National Statistics (ONS).

Increased life expectancy is, of course, a major factor in these statistics. It would appear that it is never too late to change your life! This is great news for those couples who find love and happiness later in life.

If things don’t work out, however, mature clients have certain critical things to consider when it comes to divorce and separation. This is particularly true after a long marriage.

The two most critical financial issues are pensions and housing.

Pension assets are very often significantly higher because of their age and so what follows is that the pension issues that arise on divorce are more complex. Indeed, for mature clients, the pension sharing arrangements and how they are going to fund their retirement are usually at the centre of a financial settlement after divorce.

For those divorcing later in life, there is the concern about their ability to buy somewhere to live. Many will not be able to raise a mortgage to purchase a new home or buy their ex out of the existing family home.

If those divorcing later do not take on board these specific issues, they could be facing a retirement of poverty and financial struggle.

Those looking to remarry in later life are advised to carefully consider the commitment they are making and decide whether an agreement should be put in place before they tie the knot.

It may not seem very romantic but when you consider the potential accumulated assets, including the family home, pensions, savings and investments or a holiday home you could argue the financial risk is too significant to ignore. Add to this the complexities created by earlier relationships and family commitments and you can see how important it is to think and talk through what each of you would like to happen, should the relationship not stand the test of time.

The circumstances of anyone over 65 getting married are likely to be quite different to someone in their 20s or 30s. You’re likely to own property. You may have been careful and built up savings. You could have business interests. There are your pension arrangements to consider. And, of course, you may have family from an earlier marriage or relationship. It’s important to think through the legal consequences of marriage and understand how these assets and commitments would be dealt with should the worse thing happen and your marriage not work out. Having discussed things carefully there should be no real barrier to formalising an agreement

A family law specialist will provide tailored advice to anyone seeking to make life changes in later years. Getting early and proper legal advice can put your mind at rest and leave you to enjoy the pleasures of a new relationship.

Thank you so much for everything! You have been fantastic!