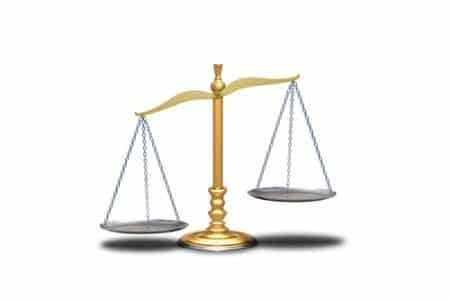 There was an important message which came from two different divorce cases in the news recently – do everything you possibly can to agree on arrangements for your divorce finances without involving the courts. In the cases in questions the judges decided that the family hearings could not be held in private, behind closed doors. Instead the public and perhaps more specifically the press could have access and report on the details of the cases. No one wants their dirty linen aired in public, do they?

Mr Justice Holman said he did not want family courts to be secret places. If people are going to use the system to settle their disputes, they must expect it to be transparent and held in front of anyone who wants to watch.

I think there are a few things going on here and the message Justice Holman was trying to send might not be apparent to the lay person. As someone who sees cases in court regularly my take is that he was trying to encourage the parties to settle their disputes outside of the court arena. That way they would indeed remain private. And nowadays there are so many options available when it comes to reaching a settlement – mediation, collaborative divorce, arbitration – and all of these are private and also not reliant on court timetables.

In addition, by allowing the proceedings to be held in public he is potentially making the general public aware of the reasoning and rationale used by the family courts in making their decisions. Perhaps to tackle the headline culture and fake news we sometimes get about decisions made in certain high-profile cases.

You’d be forgiven for thinking that with no-fault divorce on the horizon fewer cases would be heard by the family courts anyway, so why are these judges taking a stand now. The reality is that not much will change for this type of high-profile cases – as it’s not the divorce that is in dispute, its’ generally the finances or arrangements for the case of any children.

No-fault divorce will certainly take the conflict out of the process of divorce itself and avoid a couple being forced to list reasons for the breakdown. Taking the blame away from this aspect of divorce is good news in my opinion and should reduce the amount of conflict. Unfortunately, it won’t necessarily change the degree of dispute when it comes to money, unless all parties take a different approach.

A divorce – no fault or otherwise – is simply the legal part of dissolving a union. It does not sort out financial arrangements or arrangements around any children. These still need to be negotiated carefully, sympathetically, with the counsel of experienced family law solicitors. If you cannot decide and you go to court, your relationship could be laid bare for anyone with an interest to pick over.

Guidelines for avoiding conflict in divorce

In our experience, there are some sensible guidelines you can follow which can help you and your partner reach an agreement. Following these may save you time, money and heartache in the long run:

Well-meaning as it may have been, I’m not sure the recent decisions to have cases heard in public will really make very much different to those high-profile cases or help dissolve the myth of things like the “quickie” divorce. Even with a no-fault divorce the process will still take time.

The main message I think, at a time when divorce is on the cusp of changing in the most significant way in a century is, sort out your disagreements without involving judges. You can do it quicker, cheaper and often get better results for both parties.

Just a short note to say thank you for your patience, compassion, and professionalism.