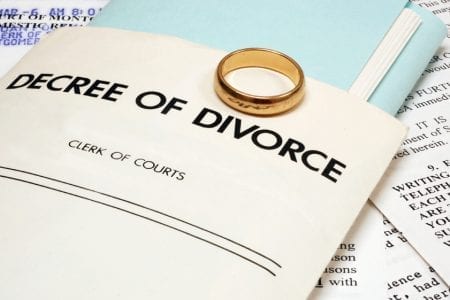 Divorce itself is quite simple from a legal point of view. It’s not often that we have lengthy proceedings about whether our country has jurisdiction to deal with a divorce, particularly when both the husband and wife have lived and worked in England for over 20 years and raised their family here.

I recently acted for a wife where the husband sought to prevent her from getting divorced in this jurisdiction on the basis that they were both Muslims and because they retained joint British/Pakistani nationality, she could not present a divorce petition in this country. The husband’s case was that because they were Muslims, and they both had joint British/Pakistani nationality they could only be divorced in Pakistan in accordance with Sharia Law.

The case was heard by High Court Judge, The Honourable Mr Justice Francis and he dismissed the case saying that if he had ruled in favour of the husband he would be approving “racial and gender discrimination.”

The case was seen to have far reaching consequences in that if approved, the wife “would be subject to different rules of English law than people of other faiths or other nationalities living here”

The case confirmed that our law treats everyone in the same way, regardless of their nationality or religion. Thankfully the wife was able to continue with the proceedings and to obtain her divorce in accordance with English law.

Despite the final decision, it was a gruelling experience for the wife and not one that I would wish anyone else seeking a divorce to endure. In many ways, I found it surprising that this type of case had not come before the courts before. Hopefully this case will serve as a clear ruling so that other similar cases can proceed in a more straightforward manner and preferably without the need to attend court.

Thanks so much for all your help. You have made it very painless I will definitely recommend you.

Kate is a family solicitor with Woolley & Co, based in Market Harborough, Leicestershire, covering all aspects of divorce and separation.