Home » Blogs » How could Brexit affect divorce in the UK?

How could Brexit affect divorce in the UK? 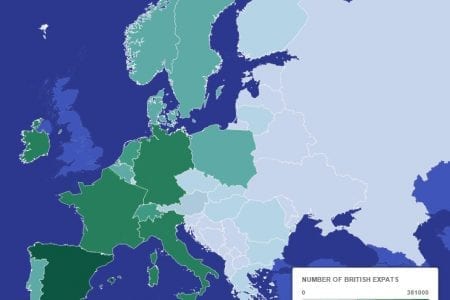 Uncertainty around many things in Britain is still high after our historic vote to leave Europe. We blogged a couple of weeks ago about the language of Brexit borrowing heavily from divorce and what the architects of the change could learn from us family law specialists.

For many people though, the main concern is how any changes are actually going to affect them. In the main part, until we know what deal the Government is brokering – and what concessions they may have to make – it is merely conjecture. My expectation is that family law in Britain will be largely unchanged by our new relationship with Europe.

Most EU countries use the principles of the Brussels II Regulation (also called Brussels IIA or II bis) which is a European Union Regulation. The regulation concerns the jurisdiction responsible for divorce, parental responsibility, including arrangements for children to see both parents. It is unlikely there will be a massive appetite to rewrite this

However, it is perhaps worth looking at a few key areas that could be affected in some way as we consciously uncouple from the EU.

Where to start divorce – for ex-pats, the country in which they may start their divorce can vary. Currently, in many cases, British ex-pats can choose to use the English courts. In some countries, it is possible to start divorce proceedings if you were married there (even if you simply flew in, married and flew out). In other countries, there is a requirement that at least one party is domiciled or habitually resident in that country (and the definitions vary). Given that the financial aspects of a divorce are dealt with in the country the petition is started, it can lead to a jurisdiction race – a wife, for example, may choose to start proceedings in a country where there are generally more favourable outcomes for home-makers. Whatever happens, England continues to be seen as the divorce capital of the world because of its generous divorce laws. It is unlikely that the Government will make changes to affect that.

Enforcement orders – one of the benefits of membership of the EU is that there is provision for reciprocal enforcement of family court orders made in England in other EU states. Even if we are no longer bound, post Brexit, to EU law, it is highly unlikely to spell the end of our adoption of the 1996 Hague Convention on Parental Responsibility and the Protection of Children, which also provides for reciprocal enforcement amongst the member countries, and beyond.

Human rights – new Prime Minster Teresa May has historically stated that she would like to rescind the European Court of Human Rights (ECHR), though her view appears to have been tempered of late. It provides protection in respect of a number of fundamental human rights: the right to life; not to be subjected to torture; free speech; fair trial; freedom of religion etc. Importantly for family law, it includes Article 8 – the right to family life and many cases have turned on this issue in determining, for example, arrangements for children and applications to remove children from the jurisdiction.

Most of these rights are part of English law through the UK Human Rights Act (HRA), not EU law. British citizens will therefore still be able to rely on their rights in the ECHR both before the domestic courts and the European Court of Human Rights (ECHR). The protection of these rights may, however, be subject to change arising out of Government plans to consult on repealing the Human Rights Act and replacing it with a Bill of Rights.

Pre-nups – it is likely that the English courts will continue to adopt the growing international support for Prenuptial Agreements, as recognition of the growing number of couples from different cultures and countries marry and wish to manage their finances without the uncertainty of the outcome of any future separation and the jurisdiction lottery (many Prenuptial Agreements contain a specific clause identifying the chosen jurisdiction in the event of divorce). Whilst once it may have been seen as terribly unromantic, now it increasingly seems to be a risk couples can protect themselves from with a little thought and planning.

Only time will tell exactly what will change for us. Until we have a clearer picture the best course of action, as always, is to get the advice of an experienced family law specialist on your particular set of circumstances.

This blog was written before the UK left the European Union in December 2020 and was correct at the time of writing.  If you would like advice on divorce under the laws of England and Wales contact Woolley & Co.

I would have no hesitation in recommending both her professional and immense knowledge coupled with a caring and supportive approach.