How to tell your parents you’re getting a divorce 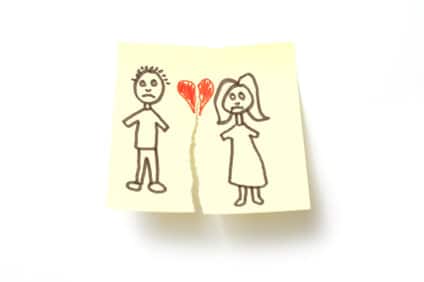 Lots of time is devoted to discussing the best ways to tell your children you are getting a divorce, but how do you tell your own parents?

When we talk about telling people about divorce, more often than not it is the children we have in mind – and rightly so. How the news is broken to them can really make a difference to how they cope with it, and set the standard for making the family break-up as easy on them as possible. But what happens when it is the children telling the parents they are divorcing? How would you tell your mum and dad what is happening?

Sorry, it’s over
It is never easy to tell someone that your relationship has come to an end, least of all your parents who you no doubt look up to. You may feel like a disappointment or that you have let them down, though they are unlikely to see it that way. However, you must tell them.

I would advise that you do it sooner rather than later. Nothing could be more upsetting for them than to hear that their child’s marriage is at an end from another member of the family. That is likely to cause more problems than the fact you are getting a divorce ever will. It’s best to tell them face to face, but maybe contact them before going around and ask them if you can have some time alone with them to discuss an important issue. This is a much better approach than calling them to give them the news or, even worse, sending a text message.

Put a limit on the personal details
To a certain extent, plan what you are going to say to them. They may not need to know all the “ins and outs” of the breakdown. There may be some highly personal issues you want to keep to yourself. I guess it depends on what kind of relationship you have with them. For some parents, it will be a shock that has come completely out of the blue. For others, even if you have not openly discussed problems with them previously, they know you and may well have an idea that something has not been right. Either way let them absorb what you say and allow them to ask questions. Don’t feel you have to answer everything there and then. It may be that you don’t have the answers at that stage. If you have told them very early on, as you should, arrangements for the children, where both parties are going to live, and things like that, will probably not yet be settled.

Demonstrate you’ve thought things through
If there are children involved, they will of course want to know about them and you can reassure them that you will always have the children’s best interests at heart. You may need more of your own parents’ support in the coming months to support your children. Continuing to spend time with grandparents does help give a level of normality to younger children.

They will also want to support you (rather than your spouse) and that is understandable but, if possible, ask that they don’t (openly) take sides. Lines like “I told you not to marry him/her” won’t help.  The best thing that they can do is simply be there for you – familiar and sympathetic people you can talk to about what is going on, or just be quiet around if you prefer.  After all, they know you better than anyone.

He was very professional and I wouldn’t hesitate in using him again or recommending him. Thank you Nick.