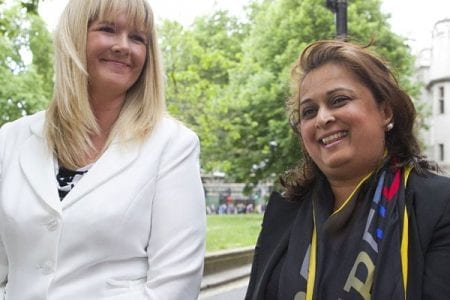 It would be difficult to have missed the recent significant press coverage about two cases where wives have gone to the Supreme Court to seek to overturn financial orders made in their divorce proceedings.

The cases have slightly different facts – Alison Sharland’s divorce was clearly a “big-money case”, where the point in question was whether her husband’s company was worth £31- £47 million (as he had stated at the time, which had led her to accept £10 million in cash plus some properties) or, rather, more like £1 billion as was subsequently reported in the financial press.

Varsha Gohil’s case had been decided some 10 years ago and she had received a rather more modest sum of £270,000 and the family car at the time of the divorce, on the basis of representations made then about the value of the family assets. Some years later her former husband was convicted of money laundering and it became clear that the information he had provided about the value of his worth when the divorce settlement was reached was entirely inaccurate.

Both share the same theme – is it acceptable for either party to fail to provide full and frank financial disclosure of their circumstances when seeking to resolve a financial settlement? And worse, what should happen if a court finds that they have deliberately set out to deceive?

In recent years certain cases have made it harder for divorcing spouses to access information about the other party’s finances themselves. Firstly the case of Imerman v Tchenguiz in 2010 overturned the previous premise that if you came across documents which were relevant to the divorce settlement (and which should have been disclosed by your opponent) you were entitled to take copies and rely on them. Branded as “the Cheat’s Charter” – it determined that privacy was to be protected above the right to ensure that the other person had been telling the full truth, and that you cannot use documents which do not belong to you if you have accessed them without permission (even if they show the other person was being dishonest!).

Family lawyers then sighed collectively when in 2013 the case of Petrodel v Prest was decided. The essential outcome of the case was that in cases where one party may be involved in complex business structures (often with offshore assets) it would be very difficult to “pierce the corporate veil” – namely for the other divorcing spouse to have access to documents which belonged to the company rather than the other party personally.

Surely no one should get away with lying in a divorce case?

Both Mrs Sharland and Mrs Gohil have followed a lengthy, arduous and no doubt very expensive route to the Supreme Court, the highest court in the land. The High Court and the Court of Appeal had upheld the original financial settlement between Mr and Mrs Sharland despite his deceit, mainly as they were not sure that a different decision would have been imposed even if he had told the truth. Mr Gohil’s defence was based on fairly technical arguments about whether criminal evidence from his money laundering case was admissible as evidence. These complicated legal and technical points appear to have camouflaged the real point of both cases – how can it be right for any party to be able to get away with lying?

The Supreme Court has given a resounding answer – they can’t. They upheld both wives’ rights to have their cases re-examined, emphasising that any settlement which is later shown to be based on misrepresentation of the true facts of the parties’ finances must be dispensed with as it is based essentially on fraud.

The impact on divorcing couples

So what does this mean for divorcing couples? There has always been an expectation of honesty, transparency and thoroughness when it comes to providing financial documentation in divorce, and that remains the case now. Woe betide the party who fails to be honest about their financial circumstances, as it is now clear that courts are very likely to “unpick” their settlement and re distribute the assets more fairly. Their “conduct” in not being truthful is likely to weigh the sympathies of the court more favourably towards the “wronged” party when a fresh examination takes place, and they are very likely to be ordered to pay a significant amount towards the costs of the other party for having to bring yet more court proceedings.

Please don’t let divorce lawyers end up as the people who receive the largest proportion of the family assets – your lawyer will explain the basis of “financial disclosure” to you from the outset of the case, and you must carry on being transparent and truthful until the case is concluded.