Home » Blogs » Should there be more openness in family law cases?

Should there be more openness in family law cases? 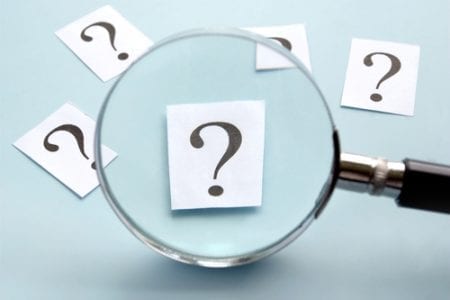 Comedian David Walliams and his ex-wife Lara Stone should be applauded for finally reaching a financial settlement after their divorce. Despite their separation being finalised a year ago, they continued to disagree on the settlement forcing the case into the courts and the spotlight of public scrutiny. However, this week, after the first day of the hearing as the Judge began to analyse submissions, the pair announced they had reached agreement.

It is a shame it had to go this far before they struck a deal. We would always encourage couples to do without involving the courts in this way. It is less emotionally draining and more likely to lead to an equitable settlement for both if you can negotiate an agreement, rather than having one imposed.

However, this case has thrown into spotlight a divide in the family law world about how much the public should be privy to on such cases. In this case, Mr Justice MacDonald said the media could name Walliams and Stone, who were both in court, but not details of the settlement.

This is at odds with another judge who said recently there was ”pressing need” for more openness and analyses in cash fights between separated couples at public hearings.

For what it’s worth, I’m not in favour of the concept of financial cases (in divorce) being dealt with in open court. We family lawyers have been encouraged over the years to deal with matters more gently and in a conciliatory fashion. Forcing cases to be dealt with in full view of the world is more likely to turn the process into a boxing match where there are perceived winners and losers. Tabloids sensationalising details in big money cases is also unhelpful as it gives the public a warped view of what might happen in a typical case.

From a case law point of view, we don’t need to have dirty laundry aired to have access to important legal developments. Each person has a right to appeal if they are unhappy with a Judge’s decision. We don’t need the public to pass judgment as to whether it was a good or bad decision.

I should point out that the majority of cases, including big money ones, do not even reach a final hearing where a Judge makes a decision.

So, what benefit could be usefully served by allowing public access to the whole process? Surely everyone is entitled to privacy regarding their finances when they haven’t committed a crime?

Of course, the point being missed in all of this is that confidentiality in family law is to some extent due to the need to protect children

There is access to courts in many areas, including some family cases, so the public can come and watch. This has led to an uptake in alternative dispute resolution options as people do everything to avoid court, so their affairs can remain private. Going back to what I said at the top, we would always encourage couples to avoid court.

As a colleague said when we were discussing this earlier the law is governed by statute and case law, all freely available. The application of that law is then formulated in a judgement – which again is reported in various legal journals and accessible for free. How much more transparent can we be?

Thank you and I will recommend you to anyone I know who needs your professional expertise.