Home » Blogs » Pensions should not be forgotten when reaching a settlement

Pensions should not be forgotten when reaching a settlement

If you’re anything like me, then the world of investments and pensions is something alien. I am ill equipped to make more than the most superficial foray into their machinations and so rely on the experts to advise me on the right moves to make, where we are at and where we are likely to end up.

This attitude could explain why, when considering a divorce settlement, many people still don’t think of the pension pot as an asset to be divided. They are either aware it is there but assume it is protected solely for the person who has been paying into it regularly (often, a wife may have given up on or cut back their career to raise children and so their pension may well be significantly lower) or else it is just too complicated to consider. The real danger is for couples who decide to sort out their divorce themselves, without the help of a family lawyer. This can be a successful route for some, but if there’s any doubt about what assets there are, especially the value of a pension as an asset then it really is worthwhile taking advice.

Best first step is to discuss with a family lawyer experienced in dealing with financial settlements whether a pension should be shared or if a greater portion of an alternative asset, like the house for example, should be agreed instead. This is called offsetting. There is no automatic entitlement to a spouse's pension but the court will look at all the facts and figures in each case.

Offsetting or sharing of a pension is the more common remedy used by the courts but an alternative is earmarking. With earmarking the court awards a percentage (and it can be 100%) of the income from a pension to the other party or former spouse.

It is important to note that when a pension is divided or shared this does not necessarily mean that a cash sum will immediately be handed out. It remains a pension and so cannot be drawn from until the person holding it draws from it on retirement.

Whichever course, it is likely to be tricky and in most cases your lawyer will call on the help of a specialist independent financial adviser. It is vital that you get the right advice.

I can’t thank you enough for your advice, professionalism and sense of personal care throughout this entire process 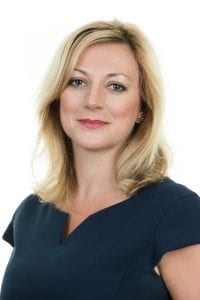