STOP before signing your divorce papers 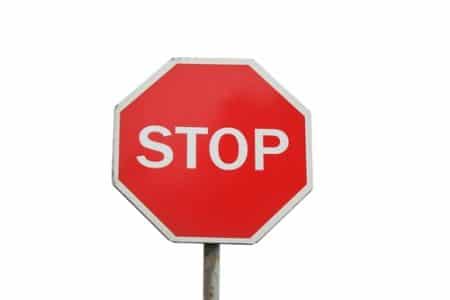 With the Government pushing more and more people towards doing their own divorce (at least that’s how I think the government website reads) and more and more companies claiming to offer a cheap online divorce service I think it’s essential that you understand the implications of some of the paperwork and questions you are asked when you are a respondent in a divorce.

If you don’t you could have the paperwork returned by the courts, resulting in delays and sometime extra cost. Or worse, you could find you’ve signed something with consequences you never imagined.

To get some jargon out of the way first of all. If your husband of wife has started divorce proceedings and applied through the courts for a divorce you are known as the respondent. You will be sent a divorce petition from the court and it’s this paperwork you need to look at carefully and respond to within tight deadlines.

Do you agree the grounds for divorce?

The first thing you need to consider is do you agree to divorce on the grounds being stated? If your ex is applying for a divorce in the grounds of 2-years’ separation and you know you haven’t been separated for that length of time really speaking another reason should be used. If the application is being brought on the grounds of adultery and you have not been unfaithful you can raise an objection.

The form you are asked to complete is a legal document and you are being asked to confirm that the information provided is factually correct. It’s never a good idea to sign something you know to be untrue.

Before you rush to object however it is worthwhile bearing in mind that the grounds used for divorce have little bearing on the outcome. All a judge will look for is that suitable grounds have been stated and that these are agreed by both parties. Battling it out over the grounds is rarely a worthwhile exercise. That said if you have good reason to object get a good lawyer to work with you on that.

Have you reached an agreement about money?

The process of divorce in England and Wales is pretty simple, and you could be fooled into thinking once you are divorced that’s it, everything is sorted. But that’s not the case when it comes to the marital finances. Once you’ve got the decree absolute you may be divorced, but unless you also have a legally binding agreement about money (consent order) you could find your ex approaching you in years to come for a share of an inheritance, a lottery win or other assets you thought were yours alone.

Some couples, especially those who separate amicably don’t see the need for a formal agreement. But as family lawyers we know only too well that an amicable split and informal agreement about money can all too soon turn sour when one or other party gets a new partner, comes into some money or gets a promotion at work.

The safest approach is to formalise any agreement. So, if you have agreed they will stay in the house until the children reach 18 and you’ll pay 50% of the mortgage each and split the savings, write it down and get it looked at by a divorce solicitor and lodged with the court. A legally binding agreement can save you so much heartache later.

Where will your children live?

If you have children the court will expect you to have made proper provision for their care. Hopefully you are able to reach an agreement between you about where they will live, when they will spend time with each parent and how their care and living expenses will be funded. The court will want to be satisfied that this is a suitable arrangement for the children – the court always considers what’s in the best interests of the child and start with the premise that a child should have a relationship with both parents.

If you are unable to come to an agreement between yourselves, you may choose to visit an independent mediator who can help you reach an agreement. If this is not possible you can make an application to the court for a Child Arrangements Order. This sets out formally where your child will live, when they will spend time with each parent and the type of contact that will take place.

If your case is a complicated one, for example if one party lives abroad or there’s potential divorce proceedings could be brought in another country, there are other important factors you must consider. That’s why I think it’s essential you speak to a specialist family lawyer, even if it’s only just to put your mind at rest.

Comments and Response – Stop before signing your divorce papers

‘The court will want to be satisfied that this is a suitable arrangement for the children – the court always considers what’s in the best interests of the child and start with the premise that a child should have a relationship with both parents.’

With respect, is this the case now that MCA 1973 s41 has been repealed?

In my experience, informal agreements are often fragile because they only reflect a couple’s feelings at that time. Circumstances and feelings often change, especially when it comes to issues involving children or finances. In most cases of divorce, seeking guidance from a specialist family lawyer makes perfect sense.

By Sandra Thorneycroft on Monday February 15, 2016

You are, of course, correct that Section 41 has been repealed but in conversation with some specialist Family Court Judges, we have been told that they still regard themselves as required to have some sort of overall concern for the children’s interests. Quite how that would work in reality I do not know! So, I think, nothing will be formally done as it used to be but questions just might be asked—presumably at random.

Sandra; yes indeed it is my experience that, often, early agreements do not last well.

Sadly, perhaps, there is often one of the two people involved who wants the divorce and/or is at a more developed stage of the grieving process for their marriage—they are the ones who often initiate a settlement. This is laudable but it can easily fall apart when the other person goes through the necessary emotional process.

Thank you for all your work you’ve done for me. Great service at a reasonable honest price. Highly recommendable.