Should we be giving advice to divorcing couples on the use of technology and social media do you think? It is well-known these days that online social meeting places like Facebook are increasingly being cited in divorce proceedings, most often I guess when spouses are caught out cheating with someone with whom they are a “friend” online. Leaving yourself logged in is very dangerous ground these days.

But a report from the United States (where else?) last week suggested that emails, texts, messengers, Twitter and Facebook, to name just the most common means of contact out there these days, are increasingly being used by couples looking to wreck their children’s relationship with their ex-spouse.

Researchers at the University of Michigan found divorced parents were relying on technology to communicate to avoid seeing each other face to face. But this system of contact between them was open to misuse by those looking to alienate their ex from their child. By claiming they hadn’t received a text or had missed an email that then impacted on contact with a child, it could portray mum or dad in a bad light, for instance missing a pick up time or a change of date. Those indulging in this behaviour obviously do not have the best interests of the child at heart, but it is easy to see how this could happen.

Of course, the opposite could also be true. Couples who cannot face talking to each other civilly and want to avoid a confrontation in front of their offspring, can use texts and emails to clearly schedule contact dates and holidays. It should be about putting the child first, after all. In this way, there can be no confusion over dates or one party forgetting something. But this does rely on both parties playing ball.

So should divorce lawyers and other professionals, like counsellors and divorce coaches, be pointing out the benefits and potential pitfalls of using technology to keep in contact with their ex? Personally, I think yes. It has greater potential to improve a relationship between two estranged people, or at least make the contact between them painless and removed from the emotion that face to face meetings can evoke. As such, these positives should be flagged, but we must also sound a note of caution that it takes two tango – or text – honestly.

Practical measures that may help are asking for a read receipt on emails and keeping track of phone records that show when a text was sent and to what number. That way, if there is any doubt around an issue, there is an evidence trail. And perhaps using two methods of contact – a text followed by an email – would make most claims of not having received something look so false that the person might not try anything even if they were originally minded to. 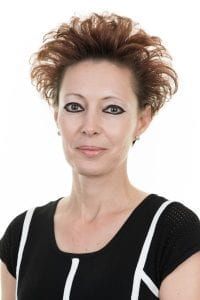