Why a parenting course may be just what separating parents need 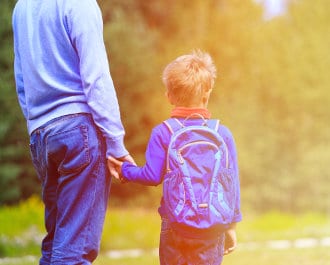 The Separated Parents Information Programme (SPIP) is designed with the intention of helping separated parents deal not only with the notion of loss when they separate from their partner, but also in relation to handling their emotions and helping them on the journey going forward so that both parents can parent their child in their own way in the child’s best interests.

Staying child focused when you separate

A divorce or separation is an emotive and difficult situation for anyone. Even in a situation where both parents get on extremely well and both seem completely child focussed there is always the scope for disputes between the parents. Unfortunately, when parents disagree the child is often caught in the middle and one parent, whether they intend to or not, sometimes uses the child to get back at the other parent.

Separation is an extremely difficult time for the couple but is an even more difficult time for any children. Children often feel not only a sense of loss but also a sense of responsibility to both parents. They often feel that the breakdown is in some way their fault which of course is not the case. It is important at this stage that both parents make it clear to any child that the separation is not their fault and is simply as a result of difficulties and issues between the adults.

Children need to know what is happening and how their lives will change. Seemingly trying to protect the children by not keeping them abreast of developments or future intentions is often a very dangerous path to take. Children need to know that it is ok to feel angry or sad. They also need to be reassured, listened to and given the opportunity to talk and ask questions. It is important that children know that both their parents love them and still feel the same about them and that they should also feel good about loving both parents.

When parents separate it often highlights the fact they may well have their own very different ways of parenting. The Programme helps parents to see that there is no right or wrong way to parent a child. It is important that when parents separate, they work together in the best interests of the children putting the children’s needs and requirements first.

Although I have had many people question why the Court suggests that the Separated Parents Information Programme should be undertaken, I have never to-date had a parent come back to me and say that it wasn’t well worth doing and the only feedback I have ever received has been really positive.

The Separated Parents Information Programme offers a considerable amount of information to separated parents as well as booklets for parents to complete indicating how they are feeling and how they believe the children are feeling. I would definitely encourage any separated parents to undertake the course which is short in duration but big on content. Within the programme it is suggested that separation can lead to a very winding and hazardous road. By working together, dealing with your emotions and looking at matters from a child’s perspective, that winding road can be straightened out considerably.

If the court orders parents to attend a SPIP it is free, it’s perhaps a shame it’s not free to all – then maybe fewer parents would find themselves in court trying to sort out their difficulties.

Your approach to your work is sensitive and non judgemental, which made the experience much smoother.

Andy is an experienced divorce and family lawyer with Woolley & Co, Solicitors. He has built an enviable reputation in the Derbyshire and Leicestershire area.