Home » Blogs » Divorce courts and system creaking under the strain?

Divorce courts and system creaking under the strain? 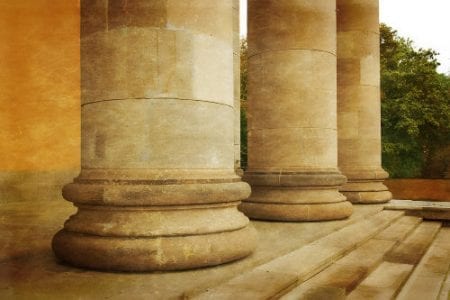 As Resolution family lawyers, we are always encouraging our clients to try and be reasonable, to be willing to compromise, and to keep their case in proportion. “Don’t let the lawyers be the ones who get all the money” is a phrase we hear ourselves saying time and time again. But despite our (or their) best efforts, there are always going to be cases that don’t settle easily. The ones where the person on the other side just will not be reasonable, will not negotiate, or has such unrealistic expectations of what the outcome should be, that we are going to need help getting to a conclusion.

I have started to despair that the route, through the Courts, to such solutions is becoming so fraught with delay and difficulty, that often, justice is not being done. The court system for divorce is quite honestly creaking under the strain.

I have just outlined to one of my clients exactly what is likely to happen when we issue our application for the court to help resolve her financial case. By the time the file has been transferred from the Area Divorce Unit to the local County Court, and given the rules for filing evidence and so on, we will be lucky to have an initial procedural hearing within 6 months. In many of my local courts, to secure the second, more useful type of hearing may take a further 4-5 months because there are simply not enough slots available to accommodate the number of cases that need them.

If we are unlucky enough to need to go to a final trial, the chances are that this may take yet another 4-5 months, and maybe longer if we need more than a day of court time to deal with all of the issues. My client is now in despair that it could take over a year, and more than five figures in fees to drag her unwilling former spouse kicking and screaming through a process, just to get a solution.

Having practised family law for nearly 24 years now, I have seen many initiatives come and go, trying to encourage separating couples to reach their own agreements, rather than litigating and bringing cases to the court to be resolved.

One of the biggest such plans was the introduction of mediation. Parties are required to complete at least a Mediation Information Assessment Meeting, and have the fact they have done so “signed off” by a mediator if they wish to bring their case to the court.

I have always privately thought that “compelling” people to attend mediation was a bit of a contradiction in terms. For it to have a good chance of working, both parties need to enter into the mediation process in the right spirit with a conciliatory frame of mind, being willing to compromise.  Unfortunately, a lot of the clients we speak to and advise (or their estranged partners) may already be too far entrenched in dispute for this to be a realistic possibility. In theory mediation is an excellent idea, but in reality, it is perhaps inevitable that separating couples may find it difficult to reach agreement.

Newer initiatives such as family law arbitration are again, in my view, excellent in theory. In a similar way to commercial or civil disputes, parties can “opt out” of the court system and “buy-in” an arbitrator who then effectively becomes their “judge”. They can create a bespoke pathway to resolve their case, limiting the issues that need to be decided, or fast forwarding through many of the phases and having a hearing in a matter of weeks, rather than months. It can, however only go ahead if both parties are willing.

In practice I find that I seem to struggle to persuade my opponents to engage in the process – most recently I had quite a difficult conversation with another lawyer who was a trained arbitrator but was unwilling to persuade his client that arbitration was the most cost and time effective way forward. I can have some sympathy I suppose that a client may feel worried that if they have “bought in a judge” effectively, and then they don’t get the outcome they want, they may feel that they are rather more responsible for that eventuality than “rolling the dice” through the court system. I would like to think that arbitration will increase in popularity over time, but we don’t seem to be there quite yet.

In the meantime, there seems to be less and less resource available as far as the court system is concerned. Court offices now rarely open beyond 10 am to 2pm. Most courts use call centres for telephone enquiry handling, and they cannot tell you anything which may have happened on the court file in the “last 10 working days”. The court staff appears to have been radically pared back, and it is commonplace for it to take several weeks for the documents we send in to even be opened in the court office, let alone be processed or moved forwards. There has been a planned shutdown of 86 court and tribunals concluding this month. Unfortunately, plans to extend court opening hours for those that are left have been shelved for the foreseeable future.

So, what’s the answer? I am afraid I cannot wave a magic wand to solve all the above. I do firmly believe though that obtaining realistic, practical advice from a specialised family lawyer at the earliest possible opportunity gives the best chance for us to navigate a way through these difficulties. Be prepared to listen to the advice, be prepared to compromise, and “don’t give the lawyers all the money”!

Thank you for your knowledge, advice, support and sense of humour over the past 14 months.