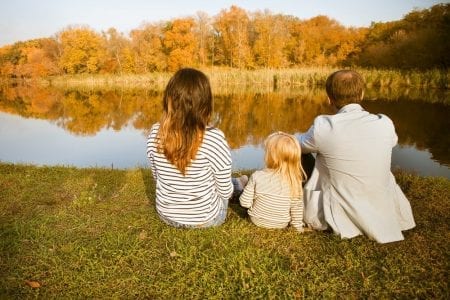 I keep hearing that our court system is broken or on the verge of collapse. I have to say I am inclined to agree.

Last year I went to court with a client about the arrangements for his children.  One of the issues was a holiday abroad in the school holidays.  He wanted to take the children and the mother was saying No.

As is usual, unfortunately, it took several weeks from filing an application at court to getting a court hearing.  The Judge on the day, as is often the case, simply did not have time to hear evidence about the holiday situation and so my client was left having to accept whatever the mother agreed to for that holiday which was a few days in England only.

In this case, my client took his case further and after a trial secured in a court order everything he wanted by way of arrangements for the children; half of the school holidays and alternate weekends Friday to Monday and midweek overnights as well.  There would be no issue with future holidays abroad.  But there was a high cost in terms of the money spent on both sides and the case took almost a year.

Children grow up fast and my client will never get back the lost holiday or the year when he was hardly able to see his children.

Is there a better option?  An option where you set the date for the hearing, rather than waiting for the courts to ‘fit you in’.  A judge with time to read the papers and to understand the issues, rather than a judge with other, often more urgent cases he needs to deal with. An option guaranteeing complete privacy, as unlike the family court no one else will be present.

The answer is YES!  The solution is arbitration.

How does Family Arbitration work in children cases?

Arbitration is where the parents agree to find and fund a private judge – known as an arbitrator.  He or she is a qualified expert in family and children law, usually a barrister.  The issues to be decided are agreed (for example you can decide to arbitrate just about taking a child abroad on holiday, the school they will attend or any combination of issues).  The hearing is private and takes place quickly.   You get a written decision at the end with reasons given.  As the parties agree to be bound by the decision of the arbitrator the decision of the arbitrator is binding and can be enforced by the courts in just the same way.

So, it is quick and in almost every case it is cheaper overall than going the traditional court route even though you pay for the judge as well as your legal representatives.

Any parent, no matter the dispute, who cares for their child and conditional on there being no concerns about the child being safe with the other parent, should be considering arbitration rather than court to settle their dispute.

Oh, and one final benefit of arbitration, it spares the scarce resources of the family courts. That’s got to be encouraged, hasn’t it?

Richard communicates very well. I was always aware what was required and he set good expectations around timelines