Why do women start divorce more often than men? 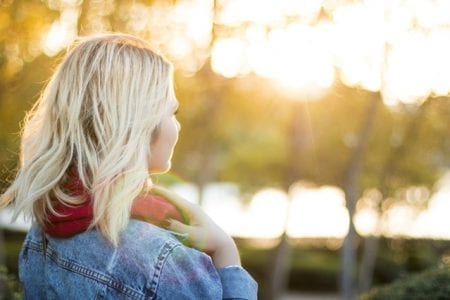 Divorce ultimately affects many people. It is not just those directly involved – the husband, wife and children – but wider families, grandparents, circles of friends, even workmates. However, it all starts with one party petitioning for a divorce.

New figures from the Office for National Statistics (ONS) show that, in the majority of cases, it is women who instigate divorce proceedings – 61 per cent of the time, to be exact. In 2016  65,000 divorces were granted to the wife, with 41,000 to the husband. (Interestingly, on a related note, more than three-quarters (78%) of same-sex couple divorces were among females.)

The stat on heterosexual couples did raise some eyebrows in the office. The petitioner tends to have to pay more of the costs and the traditional perception is still that men have greater income so are in a better place to get things moving.

The topic got us debating exactly why it is that significantly more wives than husbands start the divorce process.

One popular school of thought was that women tend to be more proactive than men. Sue Harwood, our divorce & family lawyer in Cornwall commented that “Women are more able to take the initiative and can see what needs to be done. Women are perhaps more likely to take legal advice earlier because they are statistically the weaker party financially and will need some early reassurance from a solicitor as to what their entitlements are.

“By starting the process and issuing a petition for divorce, they are more control of the process which can empower them.

“Whilst costs might be a concern they will be advised that they could apply for a contribution towards the costs of the divorce from their husband.”

In contrast men, according to Warwick family lawyer Alison Ratchford “frequently remain in unhappy marriages” and only tend to act if there is a very good reason, for example a new partner”.

Kate Butler, family lawyer in Northampton seemed to agree with Alison, suggesting; “Men are better at putting their head in the sand. They sometimes genuinely struggle to articulate what went wrong – I have only ever had men tell me they can’t think of examples of unreasonable behaviour.  Some men are also very concerned not to inflame things or cause unnecessary hurt, especially where children are involved.”

The experience of our family law team seems to suggest that, psychologically, it may matter more to women that they are not perceived as being “in the wrong”. Men are more likely to take a “my shoulders are broad” view – neither of which would matter as much, of course, if we just had a no fault system of divorce.

Whilst you could argue the discussion in the office is based on some broad generalisations, I personally have a sneaking suspicion there’s a lot of truth behind them. I certainly agree when they said; “Women will often have sought advice earlier, when things are going wrong and then want to take control of the process and therefore the divorce”.