Home » Blogs » What does Wyatt v Vince mean for the man on the street?

What does Wyatt v Vince mean for the man on the street? 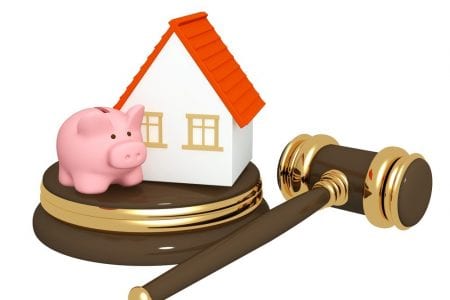 On 11th May 2015 The Supreme Court allowed the latest appeal in the case of Wyatt v Vince. The case hit the headlines as it allows the wife to make a financial claim against her, now wealthy husband, 18 years after they divorced. “So what?” I hear you say. What does this decision mean for others?

Some people when they separate focus on putting as much distance as they can between their new life and their past life. They focus on the future and getting through the difficult transition. That can include putting the needs of any children first, making sure they are coping and doing okay at school and working hard to keep a boss happy and meals on the table. Considerations of pensions and building up savings for the future fade into the background, replaced by day to day financial concerns.

Years later when the children are older or have left home you finally have time to consider your past and your financial situation. You hear media items about pensions and ask yourself how will you manage in your retirement. You have focused on the children, met their needs, and made little or no plans for your retirement. You have no savings and live in rented accommodation.

Your former spouse, in contrast, has done well. With no children to worry about they have a career, a good income, a substantial pension, a huge house, a weekend home and investments.

Your spouse argues that all they have was earned after the failed marriage and you had no part in it. You argue that you raised their children and made sacrifices they did not have to make.

And this is essentially the situation in the recent case of Wyatt v Vince. A former wife with little or no assets and a husband with millions and 18 years between the divorce and the wife saying she now wishes to make a financial claim.

A claim that would not be possible had they had a financial order (a clean break) at the time of their divorce 18 years ago dismissing the financial claims they could each make against the other.

But they did not. And so now they can each claim against the other, capital, property, pension and /or an income.

There is of course a difference between making a claim and it being successful and there is a lot of chatter in the legal community about how much, if anything Mrs Wyatt is likely to receive. The one thing that is certain for anyone in this position is that paying £10,000 in legal costs to secure a £5,000 share of a pension is clearly not sensible. So anyone thinking of bringing a claim against their ex after many years really needs to get legal advice about the costs and likelihood of success before pursuing a claim.

At this stage we do not know the final award to be made by Mr Vince to Ms Wyatt. What we do know however is that time and delay is once again confirmed as being no bar to a financial claim. So if you are divorced or separated and have not remarried and do not have an order dismissing financial claims oft referred to as a clean break order, “BEWARE!”

Your service has been amazing, with the added benefit of a personal feeling which makes all the difference.