Home » Blogs » Is it possible to divorce someone more than once?

Is it possible to divorce someone more than once? 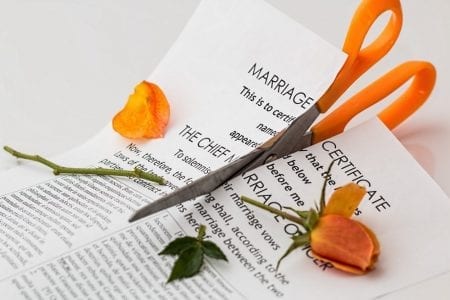 How many times can you be divorced from the same person? As many times as you marry them is the honest answer. Just ask Liz Taylor and Richard Burton.

But if you only marry a person once, you can only be divorced once? True or false?

Well, in the case of Dominique and Doh Mensah, the answer is false. The French couple in the news this month had secured, and been granted, a divorce decree in France, on the application of the husband. They were also granted a divorce in England, following an application by the wife, who claimed she had no knowledge of the earlier French divorce.

The High Court in England was asked to decide which order should stand, presumably to allow the couple to know which rules would be used to determine the financial claims of each party. England has earned a reputation as “the divorce capital of the world” after a series of huge pay-outs to spouses who have travelled to the UK to bring their cases to court.

The end result? The High Court was clear that the French divorce should be recognised, and the wife’s arguments failed. The reasons flow from Brussels II and Regulation (EC) No 1347/2000, in force from 1 March 2001, and the updated law known as Council Regulation (EC) No 2201/2003 of 27 November of 2003 most often referred to as “BII bis.”

In summary and as part of the EU pursuing a policy in harmonising family and divorce law in Europe, the rules allow for each member state in the EU to recognise the divorce decree of another member state. It also provides a set of rules which set out in which jurisdiction or jurisdictions a person can start a divorce. If there is more than one country in which you can divorce, the rule is that the jurisdiction first used to issue a set of proceedings is that which must be observed.

I wonder if the same situation that Dominique and Doh Mensah found themselves in would have the same result post-Brexit? The “jurisdiction of England” will no longer then be a member state. Will the government, (can the government?) tie us into EU family law moving forward and should they? I feel another blog coming on…