Why can’t we co-parent? 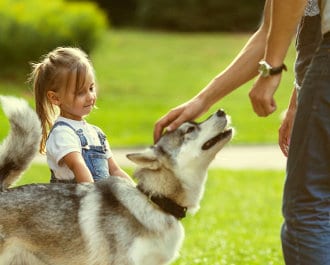 Co-parenting seems to be one of those latest buzz word that is pretty irrelevant to most couples – until that is they separate or divorce. Once a family is divided, by the fact that the two parents live apart, co-parenting takes on a whole new dimension and create so many challenges. Unfortunately I see the fall out when parents fail to agree about how they co-parent and it does make me wonder, what makes co-parenting so difficult?

Recent figures showing the number of parents that turn to the Courts to sort out parenting issues are shocking. In July 2015, Cafcass (the Court’s regulatory body for child services) received a total of 3,554 new private law cases. These are cases brought by a parent or family member who are asking the court to decide arrangements for where their child lives, how often then see the other parent or for specific issues about the child’s life or things which should be prevented. According to the statistics that a 23% increase on July 2014 levels. That’s 3,554 families in England & Wales asking for the Courts’ help for their children in one month.

It’s widely accepted that on separation everyone is very emotional. We all know not to argue in front of the children or discuss adult matters of finances, others involved, etc with them. So many people I speak to will say they are putting their children first, won’t involve them in the argument, will make sure their needs are met and yet somehow many people don’t manage to achieve this.

It could be that you and your ex- just can’t communicate no matter how hard you try, or that one of you simply isn’t listening to the needs of the child or can’t place them above their own emotional needs yet. There are lots of reasons and circumstances. Some couples even with the best of intentions who can communicate and are ‘amicable’ cannot put a plan together for suitable arrangements for their children.

I’m still trying to process how so many people (over 3,000 in June 2015 alone) manage to mis-communicate but perhaps it’s not surprising when the tabloids report with the words ‘custody’ and ‘access’ not used by the Courts’ for over 20 years. There are stories almost daily which refer to someone gaining or losing ‘custody’, which implies a winner and loser. There’s no such thing as custody. One parent doesn’t get more rights than the other. The courts only concern themselves with the arrangement for where the child will live and the arrangements for them to see the other parent. Maybe if the press made more effort to accurately reflect the fact that the courts will only concern themselves with what is in the best interests of the child we would have fewer parents wanting ‘sole custody’ or to exercise their ‘rights’ with regards to their children.

The other danger zone is the internet. When you can readily Google anything the danger is you don’t really know the reliability of source of the information or perhaps misinformation you may find.  There are some fantastic support groups out there for separated couples, grandparents, etc., but there are also scaremongers and conspiracy theorists whose ideas can be misinterpreted by those looking for an answer in the wrong place.

The key to successful co-parenting is communication, which includes listening as well as talking to one another, not ranting or making demands or threats, going off on tangents about peripheral details or seeking to undermine the other person, particularly not in front of the child. Communicate with one another but also get the right advice and accurate information so you can try to work together to reach an outcome which works best for your child, even if that means compromise on your part.

Of course, take advice from a family law solicitor if you have concerns about legal issues in connection with your children and want to get the facts, but do make sure they are an accredited member of Resolution, the organisation of family lawyers who are committed to a non confrontational approach to family problems.

Thanks to you and Counsel yesterday. I got everything I wanted and the way I wanted it….Thanks again.