Home » Blogs » Could you divorce for ‘irreconcilable differences’ like Brad and Angelina?

Could you divorce for ‘irreconcilable differences’ like Brad and Angelina? 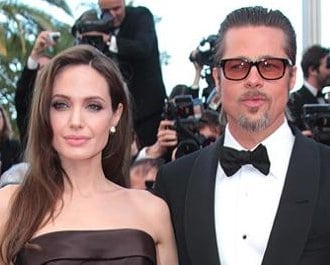 You would have to live on the moon to have missed the news that Brad Pitt and Angelina Jolie have parted company, allegedly as a result of Brad’s infidelity. The couple are now apparently to divorce with Angelina being said to have issued divorce proceedings in America citing ‘irreconcilable differences’.

With the media focus this brings to divorce and family law I thought it would be an opportune time to compare the differences between the American and English family law systems.

No UK option for no-fault divorce

Firstly, under the courts of England and Wales there is no option to divorce based on ‘irreconcilable differences’. Divorcing on this basis could potentially be far less inflammatory than the fault based system we have in England and my personal view is that we should, and hopefully one day will have this as an option.

At the moment anyone wanting to divorce straight away – rather than waiting up to 5 years, has to use either adultery or unreasonable behaviour as the reason they petition for divorce.

For adultery to proceed either your spouse has to be willing to admit they have had sexual intercourse with another person, or you need proof of that act – which is difficult to come by, to say the least.

The majority of cases in my experience therefore proceed based on the basis of unreasonable behaviour. This is usually a list of 5-10 examples of behaviour (known as ‘particulars’) which your spouse has displayed which has made you feel you cannot continue with the marriage.

We are encouraged by the Court to keep the particulars factual and we do our best not to inflame the situation, but ultimately these particulars are a pre-requisite in the fault based system we have at the moment.

Using unreasonable behaviour doesn’t have to be as bad as it sounds. In lots of cases both parties have some input into what particulars are used and the way the papers are worded. The person receiving the divorce papers can then deny that they have behaved that way but the divorce still goes ahead.

It isn’t perfect but it can work without causing too much offence.

There’s no such thing as ‘custody’ in England

The other key element mentioned in all the press reports I’ve seen about the Brad and Angelina split is that apparently Angelina is applying for custody of their six children. This is another area of law where we differ from America. Custody no longer exists here in England, instead the courts focus on what’s in the best interests of the child or children and trying to ensure that they have contact with both parents. Over here Angelina would be applying for a Child Arrangements Order from the Courts, but only if she couldn’t reach an agreement with Brad herself.

Maybe English divorce law isn’t as 21st century as the American system when it comes to the grounds for divorce, but we can make a better cup of tea!

Rebecca is a divorce and family lawyer based in Birmingham.