Unreasonable behaviour in divorce brought into question by recent case 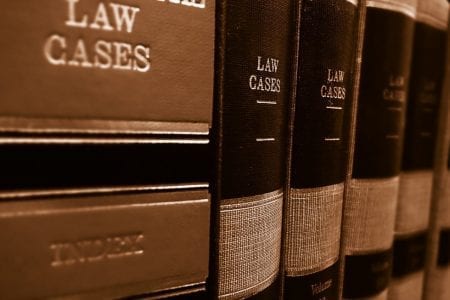 With a flurry of divorce and family law cases recently leaving social media agog, none seems to have caught the attention of lawyers and the general public like the appeal made by a 66-year-old woman against the decision to refuse her a divorce from her husband of nearly 40 years. The judge in this case felt that the allegations she had set out in her divorce petition were “of the kind to be expected in a marriage” and he was not satisfied that she was entitled to the divorce she sought.

The criticism of the decision has been considerable, ranging from anger about the out of touch, patronising judiciary to further clamouring from no fault divorce campaigners about how crazy it is that the law puts estranged spouses in this position. Psychologists and domestic abuse campaigners have also been lamenting how little we understand the ‘drip, drip, drip’ effect of this kind of behaviour in a relationship.

The scarcity of defended divorce

The case is unusual because very few divorces are now defended and most people accept the content of a divorce petition as a necessary evil to allow the divorce process to continue, regardless whether they believe it is just or accurate. Apparently, there were 27 separate allegations in this particular petition. Surprising when most family lawyers endeavour to ensure divorce petitions are concise, mild and, if possible, agreed.

What is unreasonable in divorce?

This divorce petition was based on what is referred to loosely as the “unreasonable behaviour” of one spouse. This is a bit of a misnomer as the law provides for a basis:

So there really isn’t a requirement for the behaviour to be ‘unreasonable’ as such. The Court considers whether the petitioner can reasonably be expected to live with the respondent, looking at the conduct of the respondent on the one hand and its effect on the petitioner on the other (having regard to the history of the marriage). This is largely subjective as the court is concerned with these spouses and their personalities (so it is surprising the judge also found that the wife was “more sensitive than most wives”). If the Court is satisfied that the petitioner cannot reasonably be expected to live with this respondent then, unless there is evidence that the marriage has NOT broken down irretrievably, then it should grant the divorce.

In my experience the behaviour detailed in divorce petitions varies as much as you would expect. Different people have different marriages and therefore very different reasons for marriage breakdown. For example, one wife may well conclude that her husband spending dawn to dusk every weekend on a golf course is “unreasonable” and that she shouldn’t be expected to continue to live with him in marriage. Another wife may well consider this behaviour as a key factor in keeping the marriage alive and well! Violence and financial misconduct for example are clear examples of unacceptable behaviour in a marriage but a long series of minor irritations may also lead a Court to conclude that a spouse cannot be expected to continue to live with his or her partner in marriage.

As family lawyers we await the outcome of the appeal in this case with keen interest but I sincerely hope that the public discussion this divorce has ignited and the ignominious position in which this lady has found herself gives further weight (if indeed it were needed) to the case for no fault divorce. How very reasonable it would be to have a family law process where the parties of a failing marriage had no need to compound their hurt by a one sided and wholly unnecessary post mortem of their marriage to move on swiftly with their own lives.