“Pragmatic reasons for supporting a good compromise” in divorce 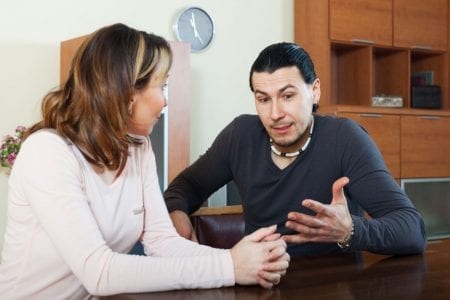 There is no escaping news coverage of Brexit. I’ve tried. It’s on your phone, on your internet searches, on Facebook – and a likely topic of conversation at some point whoever you speak to. It has blanket coverage. So, my challenge is this: is there any way we can make this European divorce a force for good?  What can separating couples learn about divorce from watching this painful Brussels-London decoupling?

This week, Attorney General Geoffrey Cox urged politicians to support the deal on the table for the UK and said there were “pragmatic reasons for supporting a good compromise”. Basically, a deal, particularly on the Ireland border backstop, was better than no deal. This echoes advice often given to divorcing couples in a dispute about their finances or children. Reaching an agreement between themselves, settling for a compromise, is better than no deal and allowing the courts to decide.

Family law terminology has been front and centre in this protracted negotiation from the start. We even blogged about it soon after the referendum (Brexit and the language of divorce), suggesting the negotiators could learn something from our practices. That seems like a long time ago now. So, what can we learn from what we have seen in this process?

A decision not everyone is happy with
The referendum was split 52% to 48%. That means there is a fair division of people who are OK with us leaving and those who are not. It’s not uncommon in divorce to have one party who doesn’t want to leave the relationship (for that read the 48%), sometimes they fight against that, by defending the divorce in court. In our experience that rarely ends well and although there are exceptions, for example, the Owens v Owens case where Mrs Owens lost her Appeal to be granted a divorce on the grounds of unreasonable behaviour, most attempts to stop a divorce are unsuccessful.  Once the decision is made an agreement needs to be reached. Compromises are needed on both sides. In divorce, if the two parties accept this from the start, the process can be much less painful, shorter and less expensive.

It’s all about the money, money, money
One of the key sticking points, when any relationship breaks down, is the finances. Unlike in a marriage where the assets are considered joint, in the EU there’s a price of membership. And, as we have now learned, a price to exit too. The government has to accept there is a price to exiting the EU – and it is never going to be easy to swallow. The EU also has to accept that there is negotiation on the amount and how long it should be entitled to keep getting money from a country that wants out. It has been painful to watch – but is not dissimilar in principle to thousands of divorces in the UK each year. Much easier to approach the negotiation accepting that concessions need to be made rather than trying to prove a point which, ultimately, will leave less in the pot to share.

Look after the children
A bit harder to easily draw parallels with Brexit on this one, but bear with me. All British citizens, here and in Europe could be considered the children in this European divorce. It does seem at times that the politicians are forgetting about the people – their constituents – in the pursuit of scoring political points. This leaves bad feeling and is counterproductive (many people feel more negative towards UK politicians than ever before). When parents separate they are encouraged to put their children at the heart of decisions made. This doesn’t always happen unfortunately and as divorce lawyers, we often see the fallout, the dreadful consequences of not putting the children at the heart of any discussions about the future.

A suitable compromise
And so, we end at the start. Compromise needs to be made on both sides for a negotiation to be effective. Digging in heels, scoring points or posturing benefits no one at the end of the day. A compromise in divorce needs to be reached over residence, finances and assets in the same way that the UK and the EU have to reach an agreement on borders, movement of people and trade deals. Neither side will get an ideal result. Perhaps, then, we can flip our original question on its head. What Brexit can learn from divorces across the UK, Europe and the world, is that compromise is the only way forward. No one is going to be wholly happy with the deal, but a decision needs to be made for everyone to move on with their lives.

The next five days are crucial for the UK’s future. Deal, no deal or second referendum? I suspect at this stage many just want an end to uncertainty. In a protracted disputed divorce, finance or children’s case, this is all too often the case too.

There is no room for improvement. Everything 100%