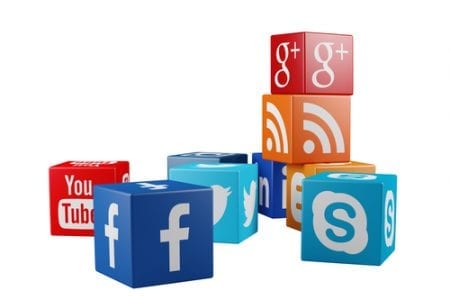 Social media is an established part of our world now and with live tweeting from Courts, the possibility of service of legal documents via Facebook message and pages and pages of screenshots being submitted in evidence, it is having a profound influence on family law legal proceedings.

As a family lawyer, I have often looked at the Facebook status updates and Twitter screenshots clients email me and wondered why I am drafting detailed statements when the whole dispute is writ large online and I may as well simply provide the Court with a link to the parties’ social media profiles. Likewise, I have lost count of the salacious direct messages recovered as evidence of behaviour or adultery and, even, on more than one occasion, some rather graphic pictorial messages have burned themselves on to my retina.

A survey last year suggested that one in seven married people have considered divorcing as a result of their spouses’ activity on social media sites such as Facebook. It is not just the ‘unsocial’ aspect of communicating with screens rather than loved ones that creates problems. The now obsolete Friends Reunited started a trend for hook ups and liaisons online via Facebook, Tinder etc that to many amount to infidelity in word if not deed.

Care needs to be taken by separating couples or parents in disputes as to why they choose to post on social media especially if there are financial or children proceedings underway. Twitter locations can be evidence of a person’s legal jurisdiction. Status updates or private messages can provide evidence of adultery. And all social media posts, locations and messages can be construed or misconstrued by a party wanting to keep tabs on someone’s spending, raise questions about substance abuse or how children are being cared for and to prove employment or cohabitation.

Whilst sometimes understandable, the temptation to vent one’s frustration at an ex- partner on social media, always creates more problems than it solves. If a party is unreasonable, an online shaming is highly unlikely to make them less so. What goes online tends to stay somewhere online and even if deleted can already have been screenshotted: think how children are going to feel reading this about a parent.

Would you want your posts seen by the Family Court?

Text message and Twitter evidence can provide a vivid picture to the Court of how cooperative or reasonable a parent or partner is in truth and I have had a number of cases where a party’s evidence has been proved clearly untruthful as a result of a contemporaneous screen shot. There are also very serious consequences if children who are the subject of legal proceedings are named on social media. Ultimately, washing one’s dirty laundry online makes it clear to the world and your ex partner that you simply have not moved on and who wants to give that impression?

As family lawyers, we shouldn’t denigrate the impact of social media entirely however. It can be an invaluable way of enabling parents and children to remain connected post separation and to exchange instant pictures and messages when not together.

If things are difficult:

and if life is particularly emotional and volatile, take a break from social media altogether until the dust settles. Sometimes life just calls for friends in the real world.

Thank you for all your help, support, the excellent and very professional service