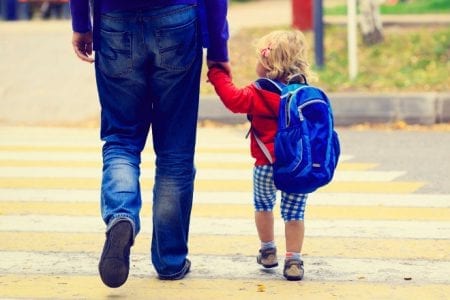 In the wake of Angelina Jolie and Brad Pitt’s split — which was reportedly fuelled by disagreement over differing parenting styles – I wonder to what extent this was a key factor in the breakdown of the relationship, or whether it is only now becoming a major issue as a result of the separation.

The parents who call me often want to know whether there is anything they can do to address their concerns and frustrations. The answer to this question will always depend on the specific circumstances of that particular family, however there are some fundamental principles which underlie the extent to which separated parents and/or the court can interfere with and police the parenting style of the other.

Where both parents have parental responsibility for the children, they both have equal parenting rights and responsibilities.

People with parental responsibility are entitled to have a say in any major decisions affecting the child, such as:

Parental responsibility does not, however, entitle someone to interfere with day-to-day parenting decisions. Inevitably, when the children are in the care of one parent, that parent will be setting their own boundaries for the children and making run of the mill decisions about what the children eat, what time they go to bed, what they watch on television etc. The other parent may not always agree, but a court is going to be reluctant to intervene, unless either:-

Courts and parents alike have a duty to protect the children’s welfare and the child’s welfare is the paramount consideration when an application is made to the court concerning a child’s upbringing.

Sometimes it is clear that the children are being exposed to harm or potential harm by the actions of one parent, in which case the legal system can intervene and a parent can ask the court to make an order prohibiting certain behaviour. Sometimes, however, this line is not as clear. The question parents need to ask themselves is does the parenting style place the children is harms way or potentially cause them harm? If the answer is yes, then it may be necessary to take steps to address the situation.

If the dispute concerns a decision which will have far reaching consequences for a child such as those in the bullet point list above, the other parent with parental responsibility is entitled to have a say. In the event the parents do not agree, the court can be asked to settle the dispute and make the final decision. Again, the child’s welfare is the paramount consideration.

From the moment I spoke to Richard on the phone he put me at ease. Prompt, extremely efficient and a…

Sian is a divorce family solicitor with Woolley & Co, based in Bicester in Oxfordshire.