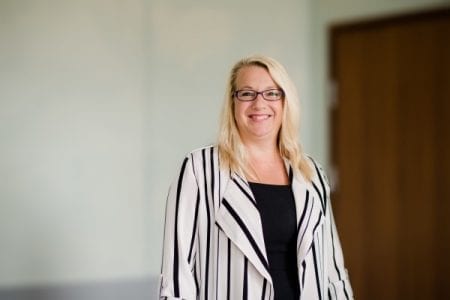 An English lawyer has told how she has been forced to leave her adopted home country after airport security concerns highlighted by Britain ensured it remained a no-go zone for many tourists.

Ali Ratchford returned to the UK with her husband and son in February after six years living in the tourist hotspot of Sharm el Sheikh.

She has spoken of her horror that her home abroad has been decimated not by real security fears or danger of terrorist attack – but by political decisions and big business.

Ali is now trying to adjust back to life in the UK, including returning to her previous job as a lawyer with Woolley & Co solicitors, for whom she continued to work for some time while out in Egypt.

The problems began in earnest with the crash of a St Petersburg-bound flight shortly after take-off on October 31. The loss of the Metrojet plane caused the deaths of 224 Russian passengers and crew, with Moscow subsequently stating that the incident was caused by an explosive device.

British holidaymakers were evacuated from the Red Sea destination during the first two weeks of November last year. Since then, Sharm el Sheikh has been more difficult to access. The current Foreign and Commonwealth Office (FCO) advice remains that they have not raised the threat level at the resort, just are advising people not to use the airport. British and Russian airlines are still not flying there.

“The first revolution started in 2011 and I don’t think tourism ever fully recovered. I had moved there in January 2010 but, to be honest, it did not affect daily life in Sharm el Sheikh. Any issues were hundreds of miles away. I always felt completely safe,” said Ali, who moved back to the Midlands with her husband and 10-year-old son.

“I moved there for the sunshine and the pace of life. Because of the way Woolley & Co operates, with flexible working and using high level lawyers working from home bases, I was able to continue in my same job for some time, eventually deciding to stop only to home-school my son.

“The problem really started with the Russian plane crash in October. Because of that, people cannot fly to Sharm el Sheikh directly. It is completely crazy – and has had a devastating effect.

“The FCO has never said Sharm is unsafe. What it states is that travel should not be by “air” but the problem is that people misinterpret that to mean that Sharm itself is not safe and people are no longer considering it as a suitable holiday destination. “Also, to my knowledge, the official report concerning the Russian plane crash has still not been released. If it was a terrorist bomb that brought down the plane and which emanated from Sharm, it is right to consider whether security could be improved. However, there are plenty of other places in the world where that is true also and they have not been effectively closed down.

“I find it incredible that any security issues that the British Government may have had concerning the airport could not have been adequately addressed by the Egyptian government by now, bearing in mind Egypt’s economy relies on the tourism Sharm provides. It just all seems to be political.”

Hotels, beaches, bars and shops have all closed. The once busy streets are deserted. It has had a devastating impact on Egyptian tourism. “It has been a sad decision to come back,” said Ali. “I spent a month in shock trying to adjust to the reality. There was just suddenly no work for my husband, who managed a successful dive school. We had no choice but to come back.

“Luckily, I have been able to resume my career with Woolley & Co but not all ex-pats forced to return will have that option and certainly the locals don’t have any choice at all. I cannot see when the tragedy out in Egypt will be resolved though.

“Families look at the situation reported in the media, which is not representative of Sharm el Sheikh at all, take their 2.4 children and go to the Canaries or Marbella instead. I believe that until the troubles in Syria are sorted and whatever political games are going on that we don’t know about are resolved, Sharm will effectively remain closed. The irony is, I have never felt safer anywhere in the world than when I was there.”

Ali continues to work closely with ex-pats and the specific family law issues that affect them.

Andrew Woolley, managing partner of Woolley & Co, said: “Ali has been on a rollercoaster over the last few years but we are pleased she is back with us. Her experiences have given her even more insight into the difficulties experienced by ex-pats and their very specific family law needs.”

Thank you for all of your hard work and effort, and bearing with me at my times of frustration.