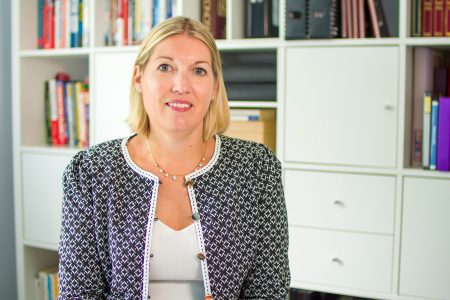 Gemma Scourfield, based in Haverfordwest, has just joined national family law specialists Woolley & Co, Solicitors, after practicing in the area for a local firm for the past 14 years.

She believes the sector is now embracing different ways of working that have come to the fore in the last 18 months, including less physical paperwork, more virtual hearings and remote working across the sector.

But she has seen a steep rise in cases over the period which has put a strain on an already stretched family court system, with cases from Wales now being processed elsewhere after the regional family law centre in Wales closed during lockdown.

Gemma said: “I think a lot of people re-evaluated what they want out of life, had more time to research the divorce process and found being confined to their homes with their spouses during lockdown simply gave them the impetus to do something about it. Life is too short to be in an unhappy situation.

“I have certainly found that the number of enquiries on divorce have gone up significantly during the pandemic. Unfortunately, this coincided with a regional family law centre closing for Wales with all our cases now going to Bury St Edmunds for administration. This has extended the typical time it takes for a divorce to go through from six to nine months.

“A key role for me now more than ever is to manage expectations for those going through separation, not just in terms of a settlement but also in terms of the timescale.”

Gemma, who is married with two children, said the introduction of no-fault divorce from next April will help many families get through legal separation with less confrontation than the current system, which is advantageous for all involved.

And the embracing of new technology in the sector, more widely adopted during the difficulties of the pandemic, is here to stay, which may help speed cases also.

“We are seeing more family lawyers fitting services around clients rather than being tied to high street offices and courts have done away with paper bundles, embracing electronic solutions and online submissions which has been very slowing coming to this sector,” she added.

Woolley & Co, Solicitors, was founded in Warwickshire in 1996 with a business model based around partner level lawyers working from home offices and fitting their hours of business around the needs of clients while embracing technology to aid communication and speed up case times.

Strongly recommended if you don’t want to waste your time, money and mental wellbeing!