Home » Blogs » Did ‘Good Divorce Week’ initiative have any impact?

Did ‘Good Divorce Week’ initiative have any impact? 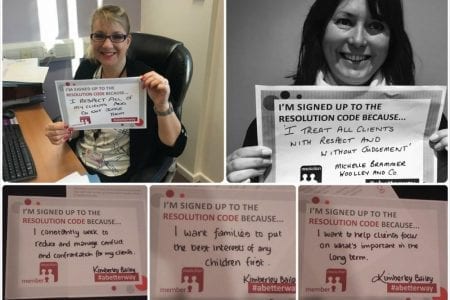 No fault divorce is something that we have advocated for some time at Woolley & Co. We were therefore delighted to lend our support to the Resolution campaign last week calling for a change in legislation to allow people to get a divorce without pointing the finger at each other and laying the blame for a break-up at the other’s door.

There was significant support for the move on social media throughout the Good Divorce Week, with representatives from Resolution lobbying MPs in the Houses of Parliament on Wednesday to lay down the reasons why a change is long overdue.

Currently, in England and Wales, the petitioner must give one of five reasons for divorce: unreasonable behaviour (with examples), adultery, two years’ separation (with consent), five years’ separation, or desertion. What this means is that at an extremely emotionally charged time when a couple chooses to separate, one party must say why they want to divorce the other. The respondent then must answer as part of the process. In a nutshell, this is not far removed from name-calling in the playground at school!

It is pouring petrol on a fire, likely leading to increased animosity and, potentially, a more protracted and expensive divorce.

Changing the process to cut out that necessity to point the finger would help thousands of couples every year navigate their divorce with a little less stress and a little less upset. Surely that must be a good thing? That was the premise of Good Divorce Week. Using #abetterway hashtag on social media, the campaign got support from family law specialists across the country, adding volume to the call to MPs to think again about how we do divorce in the UK.

Around 150 lawyers visited Westminster with Resolution to speak directly to MPs about the issue and gather political support for the move. It remains to be seen now if anyone picks up the baton.

Fault-based divorce was first introduced in 1969 – and almost 50 years later nothing has changed. There was a move to change the law to institute divorce without blame in the 1990s. This was approved by Parliament but never implemented, due only to reservations about part of the implementation method (through community information sessions for divorcing couples), rather than about the principle of divorce without blame.

Divorce without blame is supported by the Law Commission, judges of the Supreme Court and the Family Division, and the Ministry of Justice’s Mediation Task Force. Counselling and relationship charities Relate and One Plus One also support the change. It will save court time, cut expense and help families move on with their lives. To me, it is a no-brainer but whether the week-long focus on the topic will have any lasting impact is get to be seen.

Thank you SO much for all your help, reassurance, guidance and extremely professional conduct