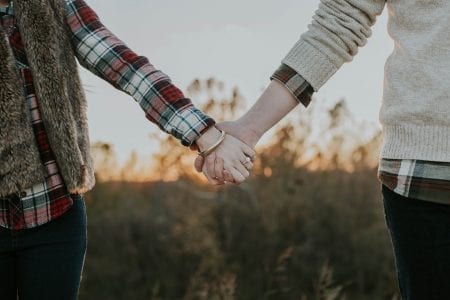 The decision to get married is of course a joint one and from that flows many more joint decisions to make the day a romantic celebration of the happy couple’s future together – dresses, cakes, flowers all feature and (usually) both parties have an input.

It therefore often comes as somewhat of a surprise to engaged couples to find out that they cannot have a joint appointment with a solicitor to discuss a prenuptial agreement – after all everything else to date has been done together as a joint venture to secure their future. The familiar cry of “but we’ve agreed everything, we know what we want” is often heard and “but we don’t want to have to pay for two solicitors”. Valid comments no doubt, but there are good reasons why when a couple decide to enter into a prenuptial agreement they need to have separate legal advice and that this is one aspect of wedding planning which cannot be done together as a cosy twosome.

Avoiding a conflict of interest

True, the couple are not in dispute – however they are considered separate parties to the agreement and therefore there would be a conflict of interest if one solicitor were to advise them both. As with any legal issue the same solicitor cannot act for both parties.

Emotions and free will

A person’s emotional state at the time of making the agreement is also relevant as to whether they entered into it of their own free will, without any undue influence or pressure. A party to the agreement discussing the terms with their own solicitor without the husband/wife present is therefore essential. An agreement signed in the presence of an overbearing spouse would therefore undoubtedly fail.

So, what other factors, alongside the important aspects of obtaining independent legal advice and entering into it freely and knowingly must be considered?

The prenuptial agreement must be signed at least 21 days before the date of the wedding. Last minute arrangements may lead to claims that it was arranged in a rush and consequently one of the parties was put under pressure.

Both parties must make full and frank disclosure to each other of their financial circumstances. This includes details of property, capital, pensions and income so that each party is aware of the extent of claims they may potentially be giving up. If one party has substantial assets acquired before the marriage, he or she will have to make the other party aware of them in order to stand the best chance of being able to ring fence them.

Be fair and reasonable

The agreement must be reasonable in all of the circumstances – ie. there is no point making one if it is so unfair so as to disregard the needs of the financially weaker party or any dependent children.

Will our prenuptial agreement be upheld, if needed?

So, when is it advisable to ensure a prenuptial agreement is put in place before the big day and how likely is to be upheld if you do?

A prenuptial agreement will give a couple a degree of certainty about what would happen if their relationship broke down. However, such agreements are especially recommended for those that have pre-acquired family assets and/or property that they would like to protect, future inheritances, or are re-marrying and have children from a previous relationship.

As the law currently stands prenuptial agreements are not automatically legally binding in England and Wales. However, if drawn up properly and undertaken with careful planning as outlined above, a prenuptial agreement should be upheld and can be successfully used to protect pre-acquired family assets and future inheritances. This was clearly set out in the case of Radmacher and Granatino (2010), giving hope that despite there currently being no legislation to enforce prenuptial agreements the courts are likely to uphold a properly drafted agreement.

In summary, to give your prenup a greater chance of being upheld:

If you are planning a wedding and think a prenuptial agreement may be something you would like to consider, contact one of our lawyers who will be more than happy to advise you further.

Your service which was first class and the way you conducted the correspondence was second to none.

Karen is a family law solicitor based in King’s Lynn, North Norfolk. Karen has over 20 years’ experience in family law